Flying with AirFrance, another first!! We flew via Charles De Gaul airport into the new terminal!!   AirFrance were good, not the best I’ve flown with but offered a good service, and good food onboard.

After a 14-hour flight, we landed in Buenos Aires around 9 am.  Both Dave and I managed to sleep however, the time difference wasn’t as much as you’d expect, only 4 hours so the jet lag was fairly tame.

I personally was very surprised by Buenos Aires.  Unsure what to expect nevertheless, a funky European feel to the city certainly wasn’t what I had imagined.  Thankfully that was just on the surface, as you explored the Latin passion embraced you as you’d expect.

Buenos Aires is the capital of Argentina and one of the largest cities in South America.  The national language is Spanish and it occupies over 3 million people living in the metropolitan area.  They are most famous for steak, beautiful red wine oh and they are not bad at football either!  Winning combination if you ask me!

Dave and I were particularly excited to sample the steak and red wine.  My all-time favourite wine is an Argentinian Malbec!! I really was in food and wine heaven.

We explored the city by foot which, in hindsight, probably wasn’t a good call as it is huge!  We only scratched the surface, to be honest! 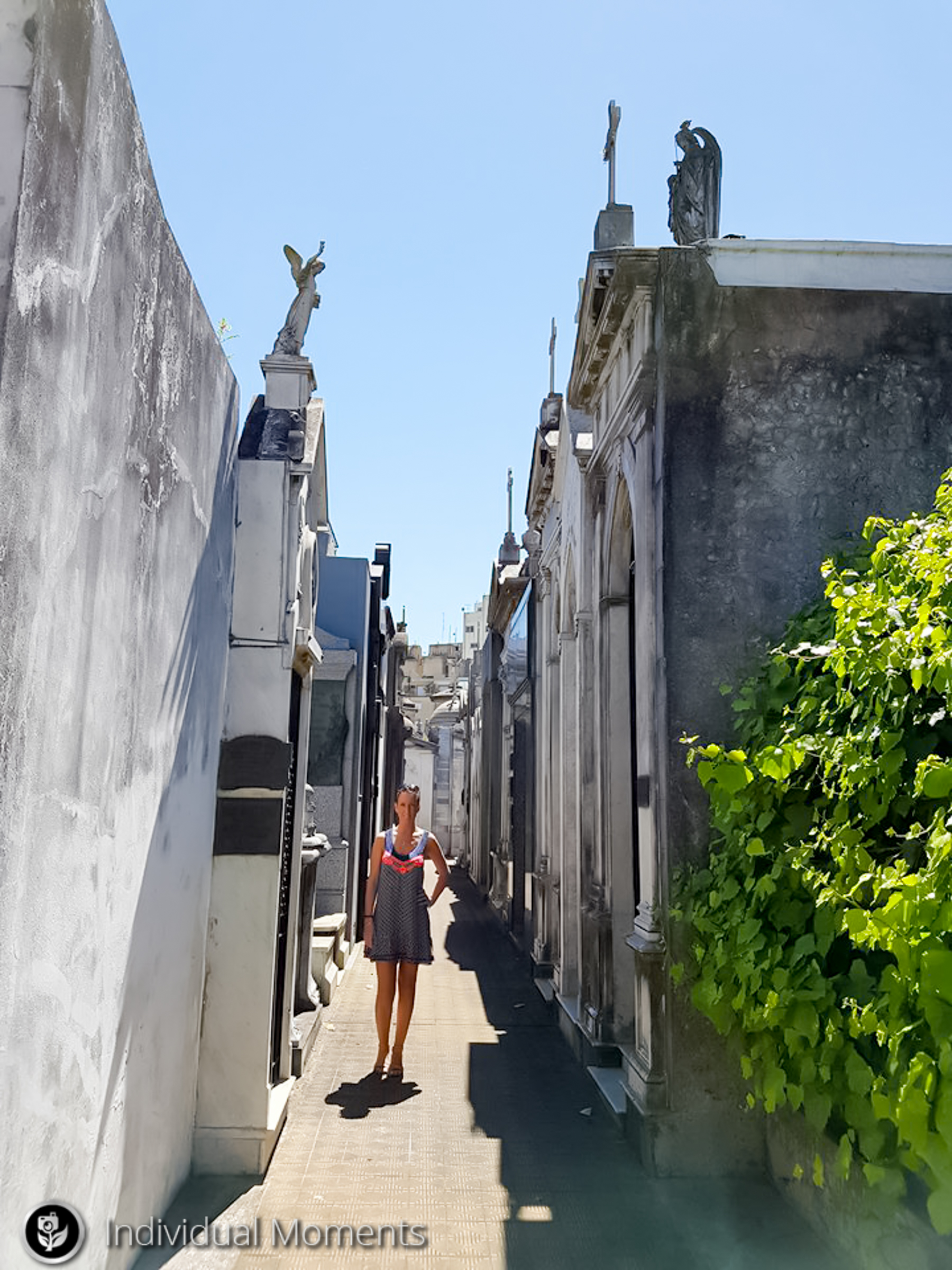 We headed north towards the La Recoleta Cemetery. A  cemetery located in the Recoleta neighbourhood of Buenos Aires via Plazoleta Enrique Udaondo.  La Recoleta Cemetery is the resting place for many influential people, Nobel Prize winners, presidents, the granddaughter of Napoleon!  The famous Cemetry holds a highly reputable status and has in recent years has been named as one of the worlds best cemeteries.  I find above ground cemeteries fascinating, experiencing my first in New Orleans!  The tombs are grand, magnificent. It seemed, the more spectacular the tomb the greater importance, higher status the resident held!

A ridiculously hot day that required us to stop for lots of beers to cool down along the way. 😉   The city was colourful, unique and the constant buzz was mesmerising. 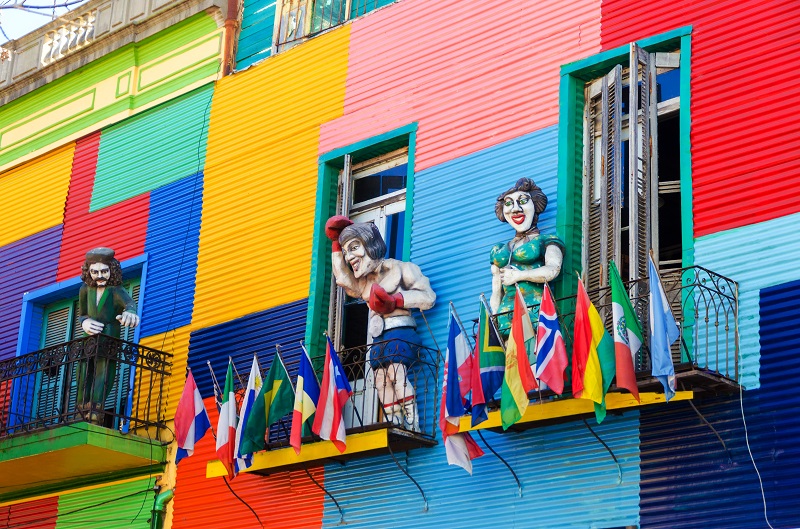 The highstreets were huge, 5 and 6 lanes, they made the UK infrastructure look a little pathetic! I recommend you walk quickly whilst crossing though, they don’t hang around when the lights change!

We headed south a little to the Port, via Parqu Carlos Thays and Plaza General San Martin.  A little more sightseeing before stopping for lunch along the water’s edge at the Port.  This was a fun place to wander around, people watch, eat and drink a few cold beers! The architecture was pretty impressive too! 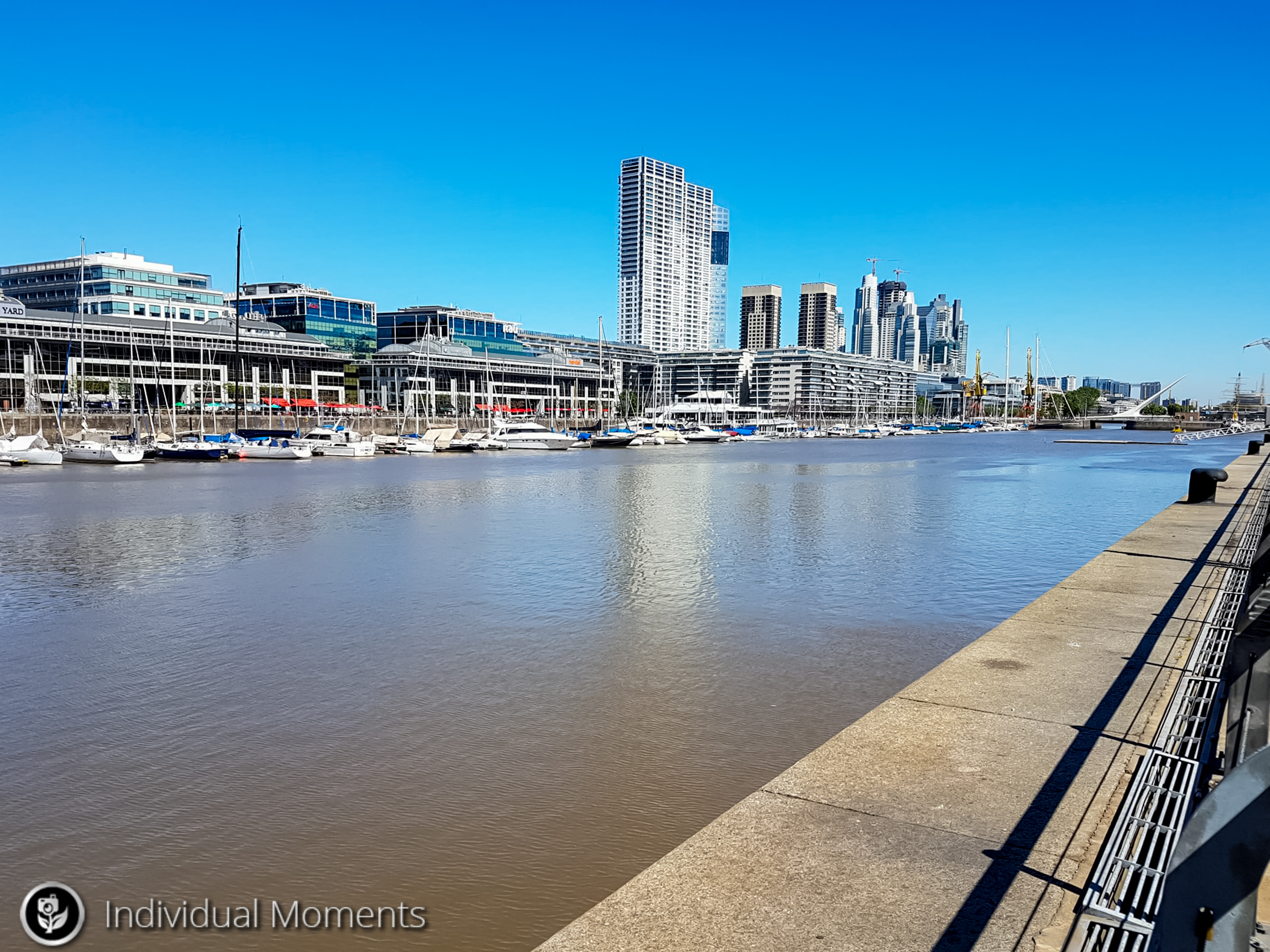 During our stay, we headed south for a traditional Argentinian ranch day.  The Estancia, located in the district of San Antonio de Areco, is only an hours drive from Buenos Aires City.

A unique typical Argentinian ranch considered one of the most beautiful and traditional in the country for its history, architecture and surrounding natural beauty.

On arrival, we were welcomed by a gaucho riding his horse waving the Argentinian flag, with such honour and pride! The day started with a welcome ceremony, with ‘Empanadas’ (meat pies) and Argentinian wine!! 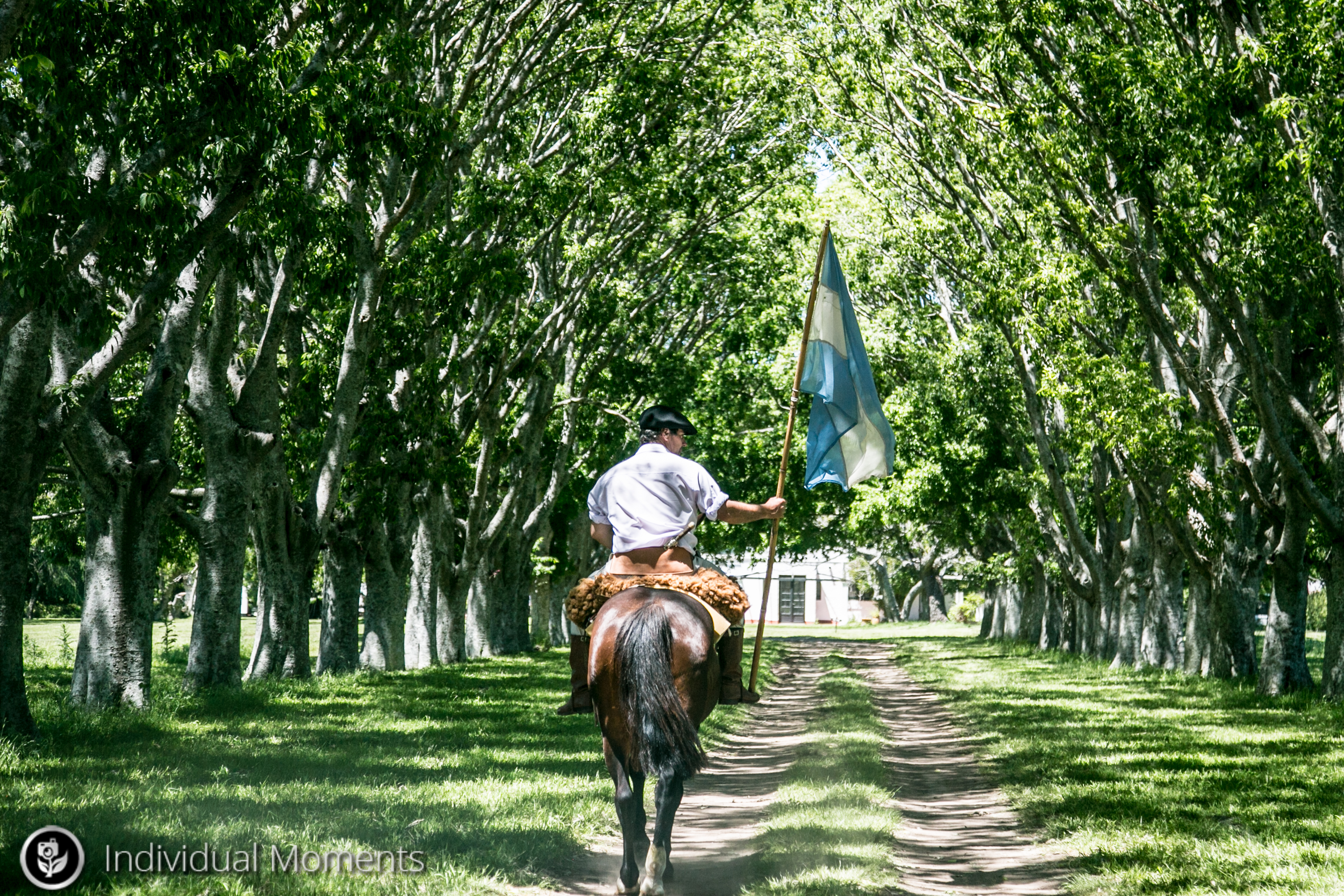 Such a perfect start, followed by a guided horse-ride through the woods, inside the Estancia and around the ranching countryside.  This was Dave’s first time on a horse.  His horse was extremely naughty and wouldn’t obey any commands, this along with his inexperience resulted in the best entertainment that had me crying with laughter, and almost falling off my own horse!

After our very entertaining horse ride, we had lunch. “Asado” (barbecue), salad bar, grilled vegetables and dessert and more wine.  Lovely food and even better wine!! 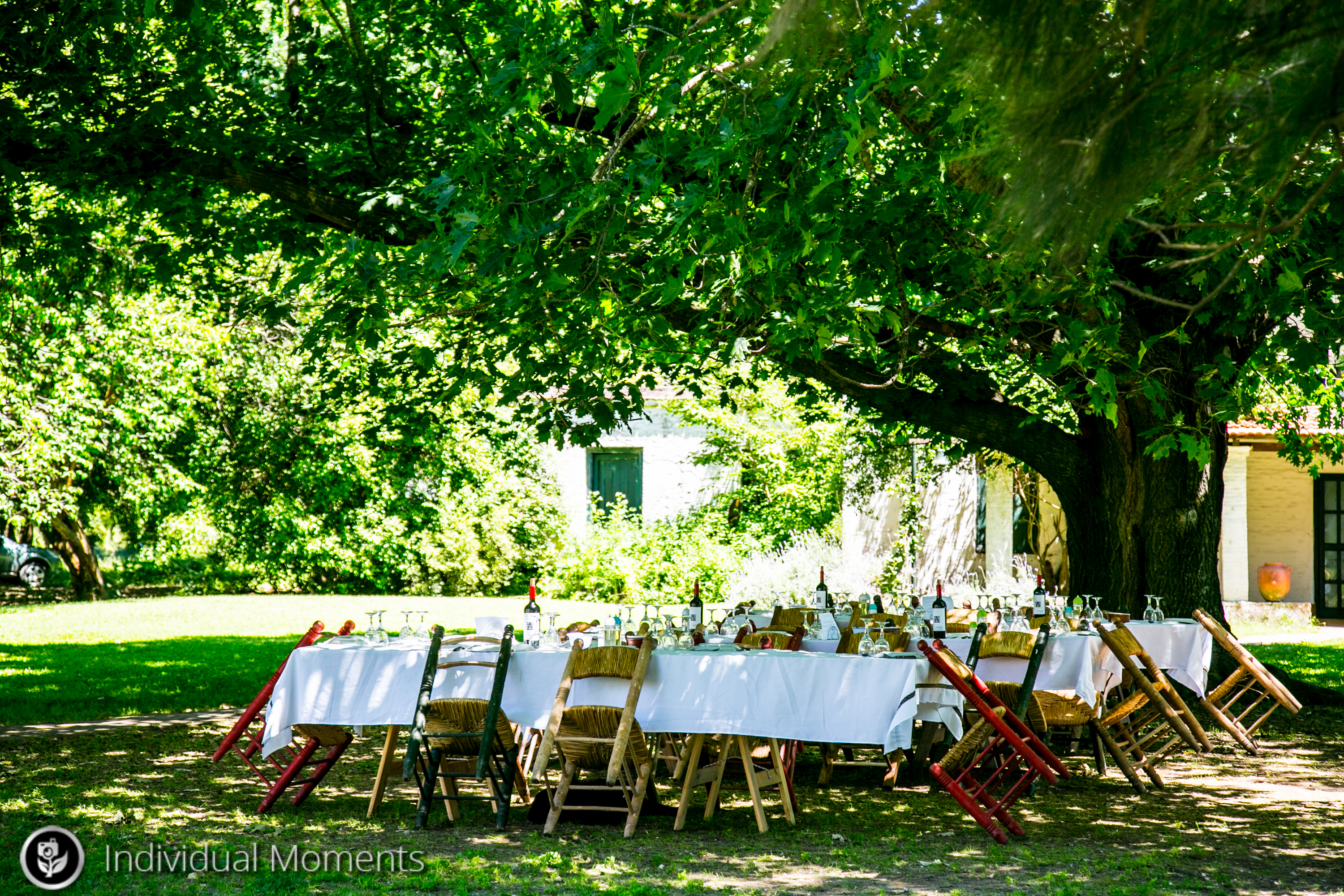 The Gauchos put on a traditional “Destreza criolla” show.   An exceptional sample of Creole skills,  including “carreras de sortijas” and “cuadreras” (creole ring and horse races). 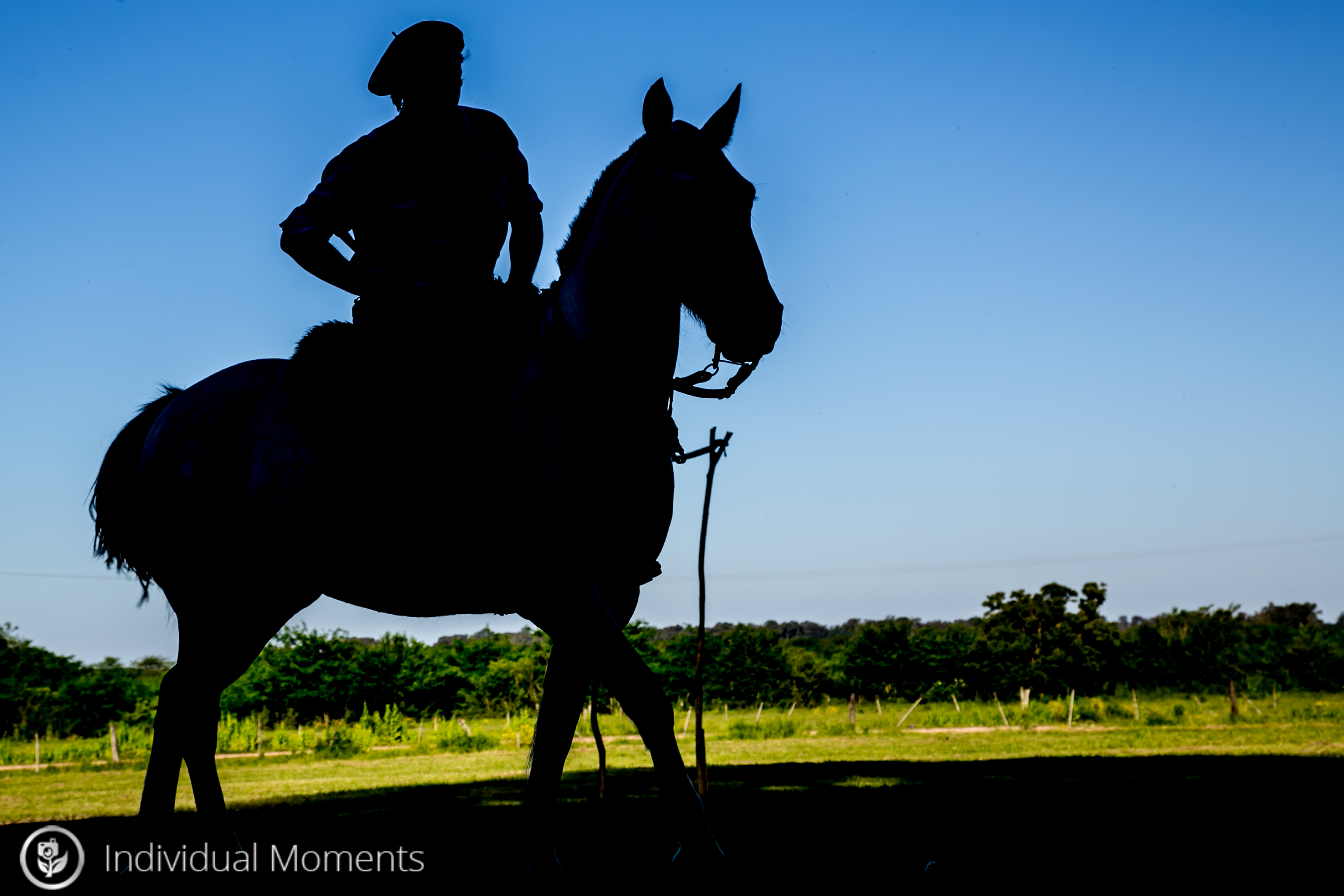 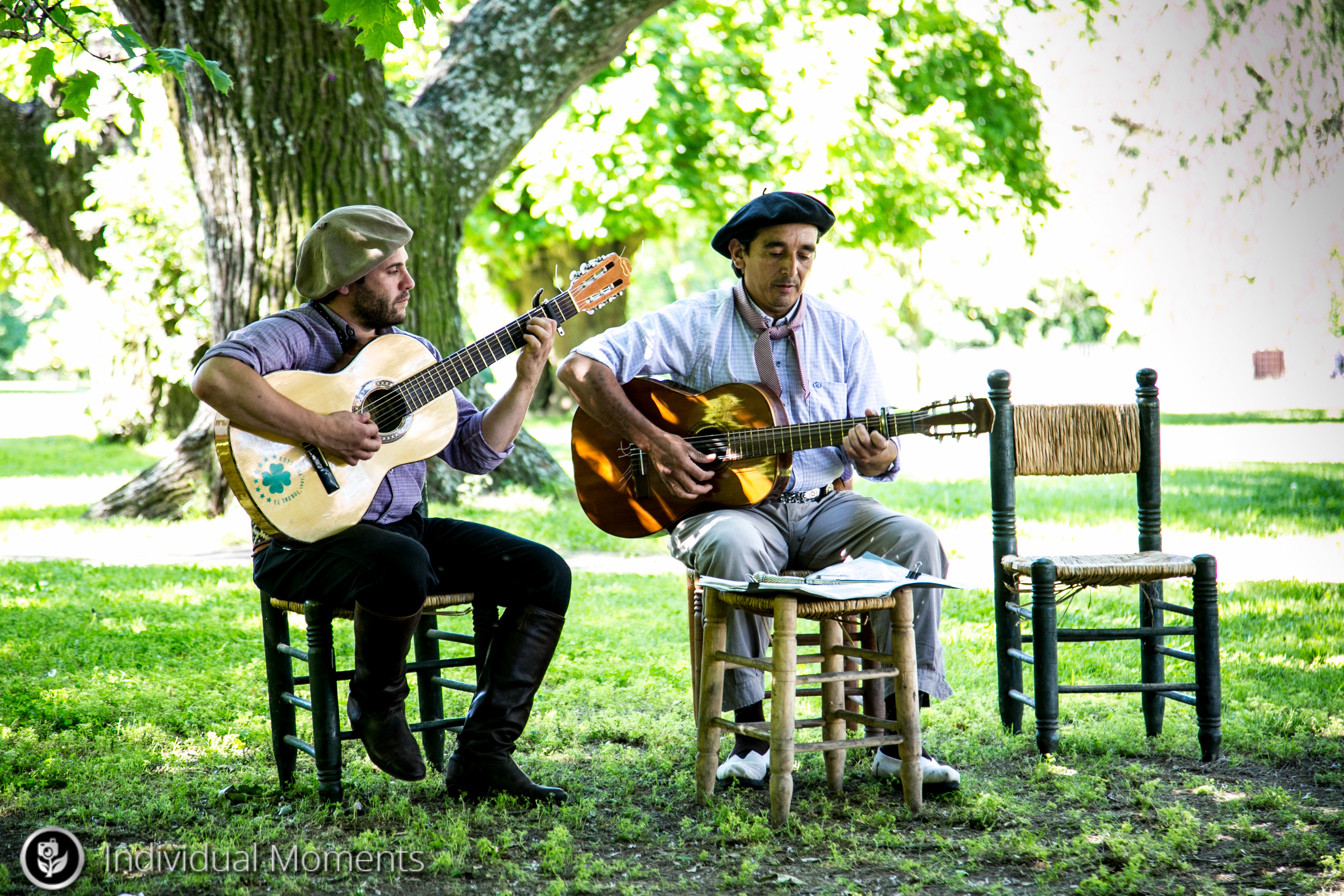 A fabulous albeit, very different experience with the cutest dogs roaming free!! Perfect 🙂 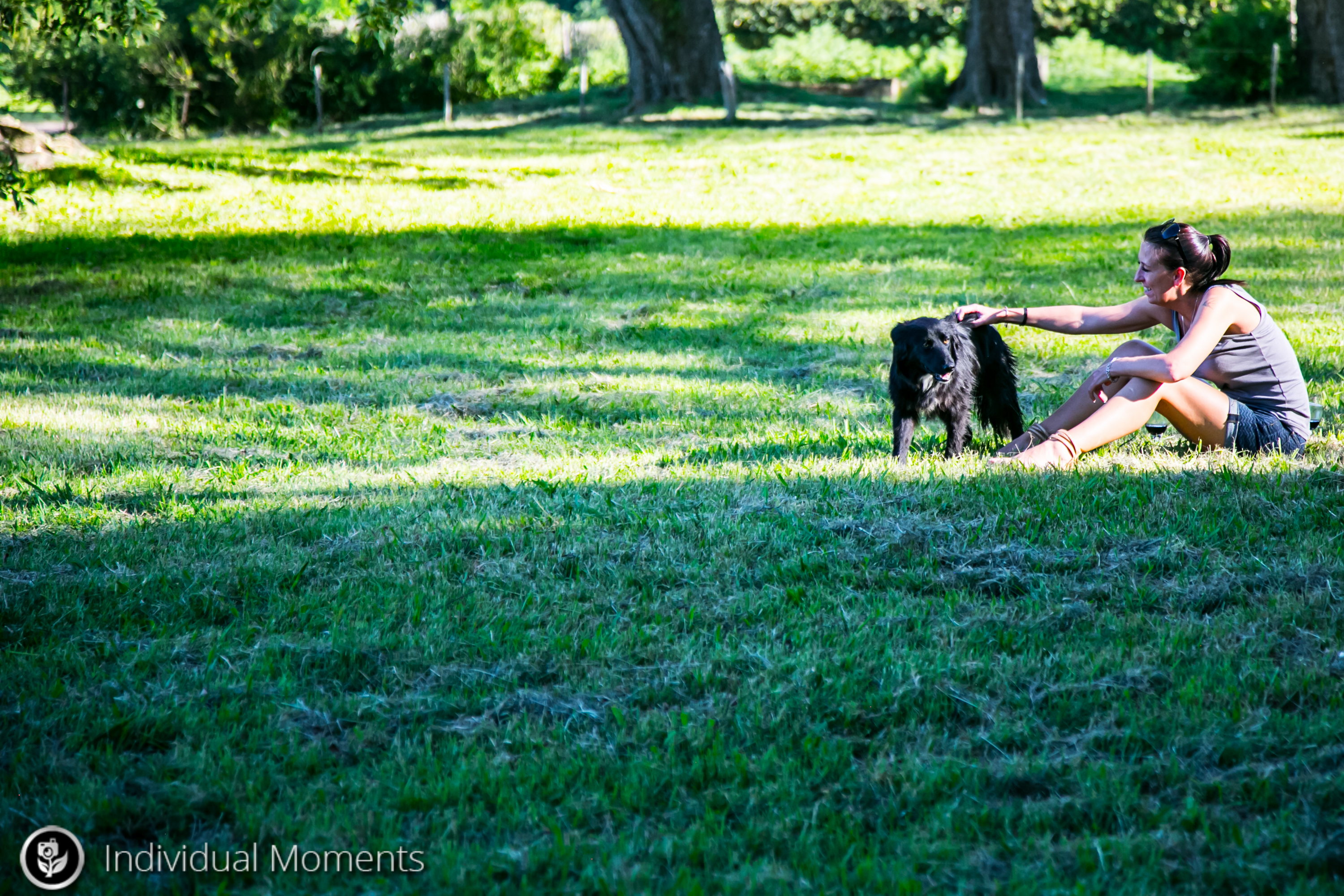